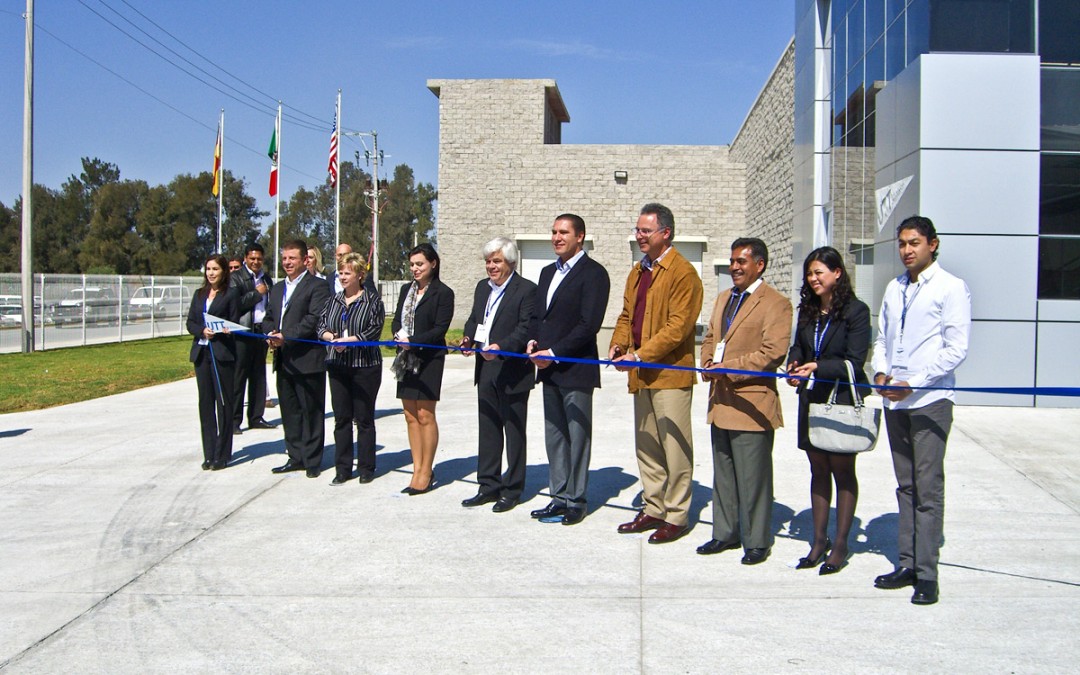 In 2011 the company UTT set an important milestone in the company’s history with the foundation of the first foreign subsidiary in Mexico. After only a few months of intensive building and preparation works the site at UTT de México Technical Textiles S.A. de C.V. in Puebla (Huejotzingo) could be inaugurated in January 2012.

The ceremony was attended by many business partners of UTT as well as members of the press, radio and television. The inauguration took place in the presence of many leading figures of politics and economy. Among the guests there were the governor of the state of Puebla, Rafael Moreno Valle and the secretary of commerce of the state of Puebla, Pablo Rodriguez.
To be seen on the picture: representatives of politics and economy, representatives of the company TRW, as well as ladies and gentlemen who were significantly involved in the build-up of the plant.

In the meantime the company UTT in Puebla produces airbag fabric in 3-shifts. The highly motivated Mexican staff takes an active part in the success of UTT. That way UTT Krumbach and UTT de México cover the European as well as the North American and Central American market.

For further Impressions of the inauguration, please click here.